What is ketotic hypoglycemia?

In a normal person, fuel for the brain and the general cell metabolism primarily comes from the burning of sugar deposits (glycogen). When the glycogen stores are depleted, the body will switch to burn fat deposits. The fat burn leads to two fuels for the brain, both glucose (sugar) and ketone bodies. However, ketones in the blood will lead to nausea and eventually vomiting. This will lead to a vicious circle, where you cannot eat or drink sugar-rich items, which again leads to further fat burn and production of ketone bodies.

In a KH-patient, the glycogen stores are somehow insufficient. This leads to decreased fasting tolerance with earlier onset of fat burn and hence ketone bodies. In most patients, the hypoglycemia is relatively mild, and the ketone bodies helps to provide fuel to the brain, which prevents loss of consciousness and convulsions. However, in relatively few patients, the condition is more severe, but still without an identified cause despite intense investigations in hormones and cell metabolism. Such patients are said having “idiopathic” KH, or IKH, which simply means KH without any known cause.

We are greater than our highs and lows

Manger at Combzo
Our Journey with KH started when my autistic at the time 3 year old woke up lethargic. Refusing to eat or do anything and he looked very pale. I took him to the nearest children's hospital and told them what was going on right as we walked in. This is Theodore and he is a warrior with ketotic hypoglycemia, among other things

Manger at Combzo
This is Declan, he has been diagnosed with Ketotic Hypoglycemia. Declan came into this world having issues right off the bat. After his third day of life, his blood sugar fell to 11. I experienced seeing him have a seizure and lose consciousness. We were referred to a geneticist to test for GSD with inconclusive results.

What drives our organisation?

KHI is driven through voluntary work by clinicians, patients and experts

Ketotic Hypoglycemia is the only organisation connecting the experts with all patient-groups affected by ketotic hypoglycemia.

Thank you to our partners! 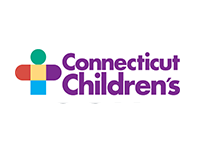 See what's new in the world of ketotic hypoglycemia

Ketoacidosis in patients with ketotic hypoglycemia

Join Ketotic Hypoglycemia families like yourself, and start
transforming your lives in a global community of hypo-friends.
Join the Community
SearchPostsLoginCart
Ketoacidosis in patients with ketotic hypoglycemia
COVID-19 Guidelines